Shared in the Weekly Photo Challenge.

After almost four years waiting for a government agency to process a request for manfriend’s business they called him last week to tell him it had been cancelled (ETA:) on account of them not processing it within their own time limit. It does not affect the business running, thank God.
(I had detailed the whole thing in my first draft but it became the length of the bible.)

And this comes to no surprise to him or me or anyone that lives in this island where we know that the government doesn’t work in favor of the citizens.  In fact this is the tenth time something has gone horribly awry and one of his requests has been cancelled.   He could write a book.

I almost expected it.  But it doesn’t make it any easier and it certainly does not reduce my desire to go there and eat someone. 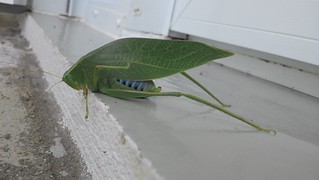 A few days ago I saw this on the entrance of his business plant.  He says it’s there almost every day.  In Spanish we call it esperanza which means hope.

I took it as a sign that even though it seems so terribly difficult, we can hope to get over this too.

Have a great day.

There was an error retrieving images from Instagram. An attempt will be remade in a few minutes.